Americans are taking billions of pills and other medications every year. Almost 50%  of US adults take at least one prescription medication. And many millions take over the counter medications. We rely on medications to keep us healthy and to cure both serious and minor ailments. In many cases, people would not survive without their medications. But, are medications safe? Should we worry about tainted drugs? The findings of a Kaiser Health News (KHN) investigation are eye-opening and frightening (and outlined below). The key takeaway? Our medications are not as safe as we all assume.

What are tainted drugs?

What are some examples of tainted drugs?

What kinds of harm can tainted medications cause?

Patient harm from tainted medications ranges from mild to severe. Patients can develop dangerous infections, which in some cases can be fatal. Drugs with either too much or too little of the active ingredients can lead to delays in healing, worsening in condition, or serious, sometimes fatal, complications. 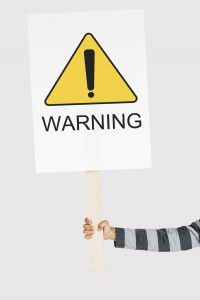 It’s nearly impossible to figure out how often tainted drugs cause patient harm or deaths. Unfortunately, no government agency tracks tainted drug cases unless there is a link to a significant outbreak among patients. And, figuring out this link can be very difficult. Typically, when a patient’s condition worsens, his/her doctor doesn’t suspect tainted medication as the cause. After all, the patient was sick to start with. Furthermore, it’s not readily apparent that a spate of seemingly random illnesses, often in patients all over the country, are due to a tainted drug.

Additionally, detecting illnesses caused by medication is hard because the government doesn’t require drug makers to share information regarding where they manufacture specific products. In fact, it can be almost impossible to track down the origins of medications.

Why is it so hard to track tainted drugs?

There is a lot of mystery surrounding the details of medication manufacturing. Every step of the manufacturing process is a closely held secret:

All of these secrets make it hard for even experienced drug buyers in hospitals and pharmacies to know the origin of specific drugs. Therefore, it is quite difficult for buyers to avoid drugs coming from facilities with spotty records and/or a history of recalls. 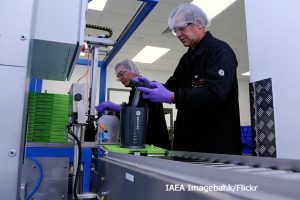 When a drug manufacturer discovers a problem with a medication, they generally recall the medication. Unfortunately, by that point, many patients have taken the tainted drugs. Ideally, the manufacturers themselves and/or FDA inspectors would identify problems before unsuspecting patients take potentially dangerous medications.

The KHN investigation found that since the start of 2013, US and foreign drug companies recalled about 8,000 medicines that were being sold in the US. This represents billions of tablets, bottles and vials that had already made their way into American homes and hospitals. Although the recalled medications only represent a fraction of the medications shipped each year, that tainted drugs put countless patients in danger.

What is the FDA doing to prevent tainted drugs?

The FDA inspects drug making facilities to identify and report problems. But the system is not functioning as well as it should. KHN reviewed thousands of FDA documents, including inspection records, recalls, warning letters and lawsuits. Their findings are alarming. Foremost, inspectors miss serious hazards. And even when the inspectors find issues, the FDA cannot force drug makers to make improvements and/or change their ways.

The FDA does not inspect all facilities.

Domestic and foreign factories making drugs for the US market are supposed to be inspected by the FDA every few years, based on a risk-assessment system. But, hundreds of drug making facilities haven’t been inspected for years, if ever. Which of course is a serious problem. The KHN analysis found that in the past 10 years, over 2,500 facilities, both domestic and foreign, have not had an FDA quality inspection in more than 5 years. Moreover, the FDA has no records of any quality inspections for the past 10 years for more than 1,200 domestic factories and almost 400 foreign factories.

There is a glimmer of hope that the rate of inspections may improve. FDA Commissioner Dr. Scott Gottlieb reports that he hopes to clear the backlog of uninspected facilities by September 2019. Will that happen? Who knows! , the inspection methods themselves leave room for improvements. Inherent problems include:

Interestingly, many cases of tainted drugs only come to light after a whistleblower speaks up.

Some drug companies try to game the system.

Some drug companies will do whatever it takes to pass an inspection. Many companies “stage-manage” inspections, so that factories are acceptable during the inspection, but once the inspectors leave, it’s a completely different story.

And inspecting facilities in foreign countries comes with even more potential pitfalls. A foreign official may tip off plants about “surprise” FDA inspections, giving factories time to cover-up issues. And FDA inspectors who must rely on translators hired by the drug companies may receive intentionally false or misleading information. And access can be difficult. In one case, employees created a human barricade to physically keep an FDA official out of the factory. Another factory blocked the entrance with a phony worker strike; when the inspector finally got in, the lights were off making the task almost impossible.

The power, or lack thereof, of the FDA.

Right now the FDA has limited powers. They can issue enforcement actions against drug factories, which they’ve done thousands of times over the years. They can cite safety violations, issue warning letters and block imports from certain foreign plants. In rare cases, they can seize drug products, which they have done 23 times in the past decade. But the FDA has limited ability to force companies to change – they cannot issue a mandatory recall, and their citations do not come with monetary fines.

Since the FDA cannot force a drug maker to fix problems or issue recalls, repeat offenders abound. In some cases, FDA inspectors flag the same violations, at the same location, over and over. In the past 10 years, the FDA penalized 70 drug making facilities, mostly domestic, for the same violation at least four times. And more than 1/3 of those facilities has issued a recall sometime in their past. Given that recalls are expensive, and expose patients to danger, why aren’t these companies making the necessary improvements?

Do inspections reduce the number of recalled medications?

Hard to say. Of the 8,051 recalls in the last 5 years, almost 50% of the recalled medications were made in factories that the FDA cited for violations during their latest inspection. Does this indicate that drug companies do not take the FDA actions seriously? Are these companies as concerned about patient safety as we all expect and deserve?

Are medications safe? What should you do?

This is a complicated problem to fix. Here’s what I think: We need the FDA to improve their inspection process and increase the frequency of inspections. The government needs to make sure drug making companies follow strict guidelines for manufacturing high quality, safe medications. And companies should face consequences for tainted medication and faulty manufacturing processes in order to encourage compliance. What can you do? Not much. But calls and letters to your members of Congress can influence their mindset and may help drive stronger drug safety regulation.

Sometimes drug manufacturers recall tainted medications. Your pharmacy may call you regarding a recall, or you may hear from your doctor’s office. Or you might hear about a recall on the news.

You can also check your medications on the FDA’s drug recall website. You’ll need the name of the medication, the manufacturer, the dose and the lot number. Finding the lot number can be tricky – here are some tips:

And some bad news.

Unfortunately, unless a medication has been recalled, there is little we can do to reduce our risk of taking a tainted medication.

If a pill looks or smells odd, or looks different than usual, do not take it! And if you have unexplained symptoms, consider asking your doctor if a tainted medication could be responsible.

Interested in learning more about medication, including other safety issues?

Read my posts for more information on medications: