By zaggocare on October 26, 2020 in Patient Safety

I know I have been there. Chances are you’ve been there too. That place where you are so tired you literally cannot think straight. You’ve been up with a baby or a sick child. Perhaps a work or school deadline has kept you awake most of the night for days on end. Mind-numbing sleepless nights really take a toll. In fact, studies show that sleep deprivation strongly impairs human functioning and negatively affects mood. Nobody wants to be the person, or be with the person, who is making mistakes and/or being grumpy. But what if that extremely exhausted person is responsible for your health? A question all patients deserve the answer to: Do long resident work hours pose dangers to patients? The US medical system relies on resident training programs to teach new doctors after they have graduated from medical school. These new doctors, called residents, can work 3-7 years (depending on specialty) under the supervision of more experienced attending doctors. It’s common for residents to work long shifts, sometimes 24+ hours in a row. But these long, erratic work shifts lead to acute and chronic sleep deprivation and poor sleep quality, which can lead to numerous adverse consequences.

Certainly, new doctors need to learn the ropes from experienced doctors. What doesn’t make sense to me is the long hours these residents are working, while overseeing the care of vulnerable, hospitalized patients. It’s important to note these residents do more than trail behind a doctor, listening to every word like a sponge. They also provide direct care to patients in hospitals all over the country. Are there rules for resident work hours?

Decades ago, doctors training after medical school literally lived at the hospital. This practice was so common it led to the term “resident” for doctors in training. No one paid much attention to the potential harm to patients from long resident hours until 1984. 18-year-old Libby Zion was in a NY hospital, under the care of residents in the midst of a 36-hour shift, when a medication-prescription error killed her. The investigation into her death led to the formation of the Bell Commission, which passed regulations in 1987 limiting NY residents’ working hours to 80 hours/week with no more than 24 consecutive hours. 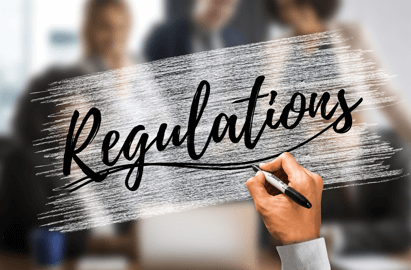 Over the next decade, work hours and shift durations improved a bit. But many residents routinely worked 90–100 hours per week, working up to 36 hours without rest. In 2003, the Accreditation Council for Graduate Medical Education (ACGME) implemented rules limiting work hours for all residents. The new rules limited work hours to a maximum of 80 hours/week, with no more than 24 consecutive hours on duty. Additionally, the rules stated residents should not be “on-call” more than every third night. Lastly, the rules stipulated that residents should have 1 day off per week.

2017 brings slight improvements to the regulations.

In 2017, the ACGME tweaked their rules for resident hours. The core maximums of 80/hours week, shifts of no more than 24 hours, and 1 day off/week remained. However, they added safeguards to ensure patient safety, including:

In addition to allowing 24-hour shifts, the rules allow 4 additional hours for managing transitions in care. That is to say, these rules allow residents to work 28 hours straight. In my opinion this is far too many hours. Routinely working 24+ hours/day is exhausting and mind-numbing, even without the high stakes involved with patient care. Personally, I think there must be a better way to train doctors and treat patients.

A chronic lack of sleep can cause impairments in several areas, including the ability to think, pay attention and perform motor skills. Do residents’ long hours cause impairments that lead to a reduced quality of care? Can these extended shifts lead to safety dangers for patients? Most likely, but some may disagree. For instance, a report published by the Institute of Medicine states that these long hours can lead to fatigue, which contributes to increased medical errors and accidents.  Additionally, other researchers found a decrease in cognitive performance and an increase in medical errors due to sleep deprivation among residents and fellows.

On the other hand, some studies have shown no detriment in care due to doctors’ fatigue. For example, one study evaluated the outcomes of elective surgical procedures performed by attending surgeons (not residents) who had worked after midnight on the previous night. Researchers found no differences in mortality, complications, or readmissions between procedures performed by surgeons with sleep loss compared to those without sleep loss. However, and this is a big caveat, the researchers surmise the similar outcomes may be due to high skill levels and/or the flexibility to cancel procedures if they feel fatigued. Neither of these caveats apply to residents. 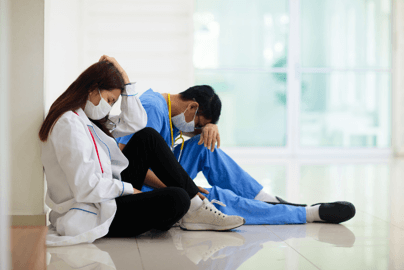 Residents are smart, dedicated people, not robots. And sleep deprivation impacts residents as much as impacts the rest of us.

For example, researchers found that residents who slept less than 6 hours a night and/or had poor quality sleep were more likely to experience depression. Interestingly, they found that doctors reported elevated rates of medical errors if they slept ≤ 6 hours/night, worked ≥ 70 hours/week, and reported acute or chronic depression reported. Additionally, a study in Japan evaluated residents who can work 80-100 hours/week. The researchers found that working excessively long hours was significantly associated with development of depressive symptoms.

And it’s not just patient safety and medical errors we should feel concerned about. One study compared the driving records of residents and attending physicians and found that residents have a greater total number of reported motor vehicle collisions, and more moving traffic citations. Certainly, this impacts everyone on the road, not just the exhausted residents driving their cars.

It’s easy to imagine many other ways this exhausting schedule negatively impacts residents, at work and at home.

Could it be possible that long hours are necessary to teach doctors everything they need to know to perform well in their jobs? Some members of the medical community think limits on work hours interferes with educating residents and providing continuous patient care. Many think allowing extended shifts is a good idea. For instance, a 2014 systematic review found that surgical residents scored worse on certification exams after the implementation of restricted work hours.

However, recent research dispels these concerns. Researchers performed a retrospective observational study to evaluate the performance of internists during their first unsupervised year, after completing their residency training. First, they looked at patient outcomes for doctors who trained before 2003, when residents typically worked 100 hours/week. Next, they evaluated outcomes for doctors who trained with the new rules limiting weekly hours to 80/week, with no shift longer than 30 hours. The US based study, published in 2019, found that limiting the work hours of residents did not negatively impact the subsequent quality of care provided. There was no difference between the two groups for patient mortality, readmissions, or costs of care.

Similarly, a 2014 study found that similar patient outcomes for doctors who trained under the new regulations limiting hours as compared to doctors who completed their training before regulations were implemented.

What’s making this problem even worse? The extra hours are hush-hush.

Most residents are not reporting these extra hours because they know it is a violation of the ACGME regulations. National surveys found that 62% of residents lied about how many hours they worked. Another survey in The New England Journal of Medicine found that 70% of residents worked extra hours at least once without reporting it, and 60% of those surveyed reported regularly working extra hours.

If you, or a loved one, is a patient in a teaching hospital, it is safe for you to assume that the residents providing your care are fatigued. Perhaps dangerously so. To reduce your risk of errors, you need to be alert and involved in your care.

For tips on how to be an engaged member of your medical team, read these blog posts: Roberta Carson, Founder and President, Zaggo, Inc. Roberta founded Zaggo, Inc. in 2010 to help patients and caregivers effectively manage their own illnesses and injuries after caring for her son Zachary during his 27 month battle with terminal brain cancer. Roberta created the ZaggoCare System to provide patients and families with the information and tools they need to be engaged, empowered members of their medical teams. 100% of the profits from Zaggo are donated to the Zachary Carson Brain Tumor Fund to support pediatric brain tumor research.
View all posts by zaggocare →
Are Clinical Trials Safe?
Can Doctors Use Medical Scribes Without Patient Consent?