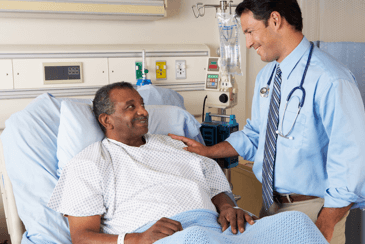 The respondents reported discrimination related to the following characteristics:

Their analysis found that the odds of experiencing discrimination were higher for respondents who identified as female. Conversely, the odds were lower for older respondents, those from households earning at least $50,000/year, and for those reporting good or excellent health.

Needless to say, some healthcare providers are aware of their biased feelings while others may not even realize they are discriminating against particular patients.

How can discrimination impact patient health?

For example, a 2020 Urban Institute’s survey asked people if they have felt that doctors have treated or judged them unfairly based on their race or ethnicity, and if so, how it impacted their care. Importantly, among those who reported feelings of discrimination, 75.9% reported that such treatment or judgment disrupted their receipt of healthcare. Within this group: 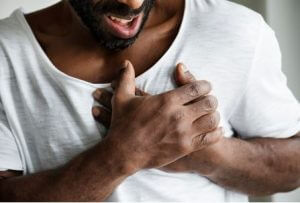 Improvements in the healthcare system have increased life expectancy for most Americans, but white Americans have gained the most. This larger health gain for whites widens the racial gap in health. Importantly, other ethnic groups suffer from disparities in healthcare as well.

How wide is the gap?

According to a US government report, Blacks, American Indians, Alaskan Natives, and Hispanics receive worse care than whites on 33-40% of quality healthcare measures.

Many non-white patients feel discriminated against.

Sadly, a 2022 study by The Commonwealth Fund found that 25% of Black and Hispanic adults over age 60 said they’ve experienced racial discrimination in healthcare. Those people felt their clinicians treated them unfairly or did not take their symptoms seriously because of their race, with 27% saying they did not get the care that they needed because of racism.

And a 2020 survey by Urban Institute found that 10.6% of Black adults felt discrimination or unfair judgement by a healthcare provider based on their race, ethnicity, disability, gender, sexual orientation, or health condition – a rate almost 3x higher than white adults and about 2x higher than Latino/Hispanic adults.

A report issued in October 2019 exposed a serious bias against Black patients. The researchers examined an algorithm commonly used by health systems (hospitals, etc.) to identify and help patients with complex health needs.

The researchers discovered the algorithm favors white patients over Black patients, even though the Black patients were sicker and had more chronic health conditions. Why? The algorithm used health care costs from insurance claims data to predict and rank which patients would benefit the most from additional care.

But that’s faulty reasoning because, in general, Black patients access health care less often than white patients, even for the same chronic conditions. So, the algorithm incorrectly concluded that Black patients are healthier because they spend less money on health care.

When the study’s authors retrained a new algorithm using patient’s health data, rather than insurance claims data, they found an 84% reduction in bias.

(Note – this study evaluated one particular commercially available algorithm, but researchers indicate racial bias exists in other algorithms as well.)

Examples of how disparities in healthcare impact minorities:

Doctors and nurses treat women differently from men, which can delay treatment and cause harm. Additionally, medical research has long been focused on men, leading to guidelines for diagnosis and treatments based on a man’s biology.

This male focus has caused misdiagnosis and harm for women, because tests, dosages, symptoms, and treatments for major diseases have long been based on the “typical” 154-pound white male patient.

Fortunately, times are changing, and research is starting to focus on men and women.

Women’s health and healthcare is negatively impacted in many ways just because they are women. A few examples:

Women are more likely to suffer from pain than men; and both male and female doctors are more likely to dismiss women’s pain. For instance, one survey found that 83% of women with chronic pain feel the healthcare system discriminates against female patients. Women report pain that is more frequent, more severe and longer lasting than men.

Heart disease in women is underdiagnosed and undertreated:

Things are worse for women with diabetes.

Disparities in healthcare for disabled patients. Although more than 61 million Americans have disabilities, disabled patients face healthcare disparities. In a recent survey of 714 US doctors, 82.4% stated they believe that people with significant disability have worse quality of life than nondisabled people.

Disparities in care based on financial well-being. Your financial well-being can directly impact your health. There is a well established connection between poverty and poor health. People with low income and low educational levels are more likely to be sick, and more likely to have worse outcomes, including death.

According to the US Department of Health and Human Services, “low-income Americans have higher rates of physical limitation and of heart disease, diabetes, stroke, and other chronic conditions, compared to higher-income Americans.”

According to a 2021 Kaiser Family Foundation poll, many US adults struggle to afford healthcare and dental expenses. Moreover, healthcare costs prevented almost 50% of respondents from getting needed care. And 29% reported they did not take their medication as prescribed because of the cost.

As expected, having a good insurance plan makes a difference. In fact, uninsured adults in the US have less access to recommended care, receive poorer quality of care, and experience worse health outcomes than adults with insurance.

Examples of how income levels can impact health:

Disparities in healthcare based on patient’s sexuality. 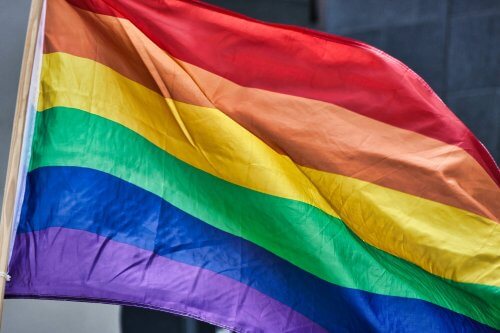 Adult LGBT+ patients may receive poor quality of care due to stigma, lack of awareness by healthcare providers, discrimination, and insensitivity to the unique needs of this community. Similarly, LGBT+ youths face hurdles to quality care.

Research shows that LGBT+ patients can experience denial of care, inadequate care, verbal abuse, disrespectful behavior and other barriers to high quality care. Unfortunately, the education and training for healthcare professionals regarding the unique needs and treatment of LGBT+ patients is lacking.

In a July 2021 report, Kaiser Family Foundation revealed results of a survey comparing the healthcare experiences of self-identified LGBT+ adults as compared to their non-LGBT+ counterparts. Findings include:

What can you do about disparities in healthcare?

To get the best care, no matter your characteristics, it is important to engage in your medical care. For example, know your family medical history, follow all recommended screening guidelines, and research your diagnosis and treatment options.

Importantly, ask your doctors about any unique health risks associated with your race, ethnicity, sexuality and/or gender. Finally, speak up if something doesn’t seem right and get 2nd, or even 3rd, opinions.

For more information, read my blog post Why Isn’t Healthcare The Same for Everyone?

Learn more about disparities in healthcare.

All patients benefit from being engaged in their care. For tips that can help you get the best care possible, read these blog posts: