The thought of surgery, or any invasive procedure, is scary for most people. And hospitals can be intimidating places, with infections and other dangers lurking. Add to that the high costs of hospital procedures and a possible long drive. It’s no wonder that more and more patients are choosing surgery centers. But what about the safety of surgery centers? Should you have surgery in a surgery center? The answer – maybe not.

When did surgery centers originate?

The first surgery center opened in 1970 in Phoenix, by two doctors who didn’t think patients should be hospitalized for minor surgeries. Performing procedures outside of hospitals reduced the cost for patients and insurers, since these centers don’t require the same level of staffing and lifesaving equipment as hospitals.

How common are these centers?

There are over 8,000 surgery centers in the US, outnumbering hospitals.

Who owns and operates these centers?

Why have they become so common? 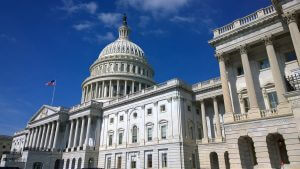 The federal government has played a role in the expansion of these centers:

Other reasons for the increase in surgery centers:

What’s the record on safety of surgery centers?

Regulations and reporting requirements are lax. 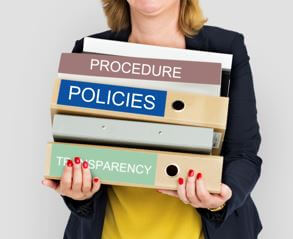 A 2018 investigation by Kaiser Health News and USA Today Network revealed that these centers do not face the same scrutiny as hospitals. State regulations vary; 17 states don’t even require surgery centers to report deaths or serious injuries.

And the top surgery center accreditation body has no guideline encouraging centers to report unexpected deaths. This lack of reporting makes it impossible for the federal government, and for potential patients, to learn about dangerous centers.

Even centers that have faced the toughest sanctions by federal regulators can still operate on patients. And there is no rule that stops a doctor forced to resign from a hospital for misconduct from opening a nearby surgery center.

Surgery centers have less lifesaving equipment and staff than hospitals. These centers aren’t always prepared and sometimes struggle in a crisis, according to a review of Medicare records and more than 70 lawsuits. Health inspectors, working on behalf of Medicare, found 230 lapses in lifesaving equipment or training regulations at surgery centers since 2015. When problems arise, they often must call 911.

Doctors who work in emergency rooms treat patients with a wide range of conditions, including victims of gunshots and car accidents, and patients suffering from heart attacks and strokes. ER doctors and nurses are skilled at saving lives in emergencies.

In contrast, doctors in surgery centers specialize in the procedures they commonly perform; they do not have a lot of experience saving lives in emergencies. If something goes wrong, they often must call 911, which can significantly delay treatment. Collectively, surgery centers call 911 thousands of times every year when patients have complications ranging from minor to fatal.

Unfortunately, there is no official tracking of complications and deaths, so no one knows how many people have died from complications at surgery centers.

The HHS Office of the Inspector General released a report in September 2019 highlighting findings from the most recent inspections of surgery centers.

Unfortunately, inspectors found that 77% of surgery centers had at least one violation, and 25% of them had serious deficiencies. Issues found, and the percent of centers in violation, include:

An investigation by Kaiser Health News and the USA Today Network is reported in an aptly titled article “As Surgery Centers Boom, Patients Are Paying With Their Lives“.

Their research discovered that more than 260 patients have died since 2013 after undergoing “in-and-out” procedures at surgery centers in the US. Dozens of people—some only 2 years old—died after routine procedures such as colonoscopies and tonsillectomies. The article is an eye opening look at the safety of surgery centers. How did they conduct their investigation?

This is the most extensive review of surgery center records to date. They examined autopsy records, legal filings and more than 12,000 state and Medicare inspection records. They interviewed dozens of doctors, health policy experts and patients throughout the industry.

What did the investigation find?

The investigation found some scary and disturbing facts related to the safety of surgery centers which should make us all think twice before scheduling procedures for ourselves or a family member. Surgery centers have steadily expanded their business by taking on increasingly risky surgeries. Even though the dangers of performing risky surgeries outside of a hospital can be great, the financial reward for doctors is significant.

Doctors who own a share of a surgery center not only earn their own fee; they also receive a cut of the facility’s fee. This can add up for operations that can cost $100,000 or more.

The time to transport a patient to an ER can be significant. To protect patients, Medicare requires surgery centers to have arrangements with local hospitals to take their patients when emergencies arise. However, in rural areas centers can be 15 or more miles away from the nearest hospital.

Even when the hospital is close, it can be as much as 20-30 minutes between the time 911 is called and arrival at the ER.

Some surgery centers are accused of ignoring high-risk health problems and treating patients who experts say should be operated on only in hospitals, if at all. The research found that at least 25 people with underlying medical conditions were released from surgery centers and died within minutes or days.

Some centers don’t have ample training or lifesaving equipment. Some surgery centers put patients’ lives at risk by skimping on training or lifesaving equipment. Other centers send home patients before they were fully recovered.

The investigation discovered a wide range of problems.

The investigation uncovered examples of the kinds of serious problems, including death, patients can face in surgery centers:

For 20 years, Leapfrog group has gathered and reported data on hospital’s performance and patient safety. In 2019, for the first time, they gathered information on ambulatory surgery centers (ASCs) and for hospital outpatient departments (HOPDs).

Data gathered includes information on the medical, surgical and clinical staff; volume and safety procedures; patient safety practices; and patient experience. As of October 2021, you can find their survey results on some, but not all, surgery centers.

The Leapfrog group released the following findings based on aggregate data:

There are gaps in the education, training and national certifications of clinicians in ASCs and in HOPDs. Both ASCs and HOPDs showed gaps in ensuring all providers performing surgery or anesthesia were board certified. And, not all facilities had clinicians certified for Pediatric Advanced Life Support (PALS).

ASC and HOPD patients may experience gaps in communication before and after procedures. Both types of facilities could improve their proactive contact of patients by phone within 24 hours of discharge.

Additionally, patients would benefit from having the surgical and anesthesia consent forms before they arrive, giving them to time to think carefully and ask their doctor questions before a procedure.

ASCs are not as good as HOPDs in implementing best practices for patient safety. Very few ASCs have an antimicrobial stewardship program in place. Additionally, ASCs are less likely to adopt infection prevention practices such as monitoring for hand hygiene compliance.

What should you do if you need surgery? 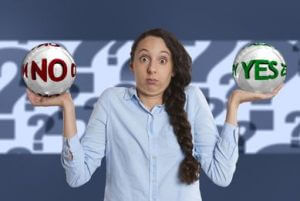 Think long and hard before agreeing to a procedure at a surgery center.

And don’t blindly follow your doctor’s recommendation for a surgery center. Federal law allows surgery center doctors to steer patients to facilities they own, rather than to a full-service hospital. In some cases, doing so could increase the risk to a patient, but double a physician’s profits.

Finally, the investigation by Kaiser Health News and the USA Today Network found over 12 cases where the lack of trained staff or emergency equipment appears to have put patients in danger.

It’s not all doom and gloom.

Most operations performed in surgery centers go smoothly. All surgeries and procedures carry risks, no matter what type of facility the patient chooses. And some centers have state-of-the-art equipment and highly trained staff that are better prepared to handle emergencies.

Things to consider before choosing a surgery center.

If you really want to use a surgery center, do your homework! It can be hard to learn everything you should know before you decide. Government regulations do not require most surgery centers to report infections or other complications; and there is not one specified organization responsible for inspecting the centers.

Is the center certified and accredited? 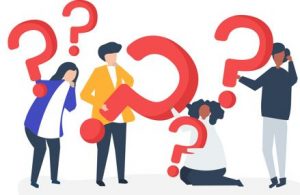 In addition to all the questions you would normally ask your surgeon before scheduling a procedure, I suggest you ask the following questions about the surgery center:

Did you have a problem at a surgery center?

If so, you can file a complaint with your regional Medicare (CMS) office. Find contact information for your region’s CMS office on their website.

One last thought about the safety of surgery centers…

Keep in mind that patients with underlying health conditions may have an increased likelihood of surgery-related issues. In this case, it’s probably best to schedule all procedures in hospitals and eliminate any concerns related to the safety of surgery centers.

For more information on reducing your risk of surgical problems, read these blog posts: