A misdiagnosis can wreak havoc on your health. An incorrect or delayed diagnosis can lead to treatments that you don’t need. Or you may have a significant delay in starting the right treatment. Simply put, a misdiagnosis can interfere with your chance to get better and can even cause premature death. Did you know there are steps you can take to reduce your risk of a misdiagnosis?

Sometimes, doctors misdiagnose patients because they don’t listen to patients, or brush their concerns aside. It happens in doctors’ offices, emergency departments and hospital rooms. Importantly, patients often have a sense of what is ailing them and/or the seriousness of their condition, but medical staff sometimes ignore their concerns.

Many people find it hard to speak up when doctors downplay or ignore their concerns, especially in a medical setting where a doctor is an authority figure.

The stories below illustrate the importance of speaking up and the potential consequences of doctors not listening to patients and family members. Take heed – you can reduce your risk of a misdiagnosis!

Serena Williams had to push for proper testing and treatment. 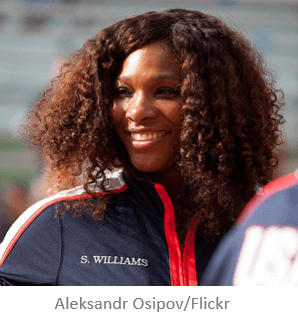 Serena shares her story to help others. Serena’s history of pulmonary embolisms caused her immediate and serious concern when she developed shortness of breath shortly after giving birth.

Assuming it was another pulmonary embolism, she told a nurse she needed a CT scan with contrast and a blood thinner ASAP. The nurse thought Serena was confused, but Serena insisted.

The nurse summoned a doctor who performed an ultrasound on her legs. Serena insisted she needed a CT scan, not an ultrasound, as well as an IV drip of blood thinner.

After a normal ultrasound, they sent her for a CT where they found several small blood clots in her lungs. They immediately started her on an IV drip.

Although she encountered a series of medical issues resulting from the clot and the blood thinner, she is lucky she is alive – about 1/3 of patients with undiagnosed/untreated pulmonary embolisms don’t survive.

Speaking up can help you get a proper diagnosis and treatment.

It’s critical that you realize that medicine is more art than science. Doctors make decisions based on the patient’s signs, symptoms and “story” combined with their own knowledge and career experience.

Doctors can incorrectly diagnose patients, which can lead to the denial or delays of needed treatments, which can negatively impact patients’ health, sometimes even leading to patient death.

We had to insist on a second opinion for my son Zachary.

My son Zachary, whose battle with terminal brain cancer lead me to start Zaggo, was an active boy with a normal childhood. When he was 10 years old, he fell in gym class and broke his arm.

First, the local hospital’s ER doctor told us it was a bad break that required surgery. We knew it was bad — we could see the broken bone pushing outwards on his skin! At their advice, we transferred him by ambulance to the area hospital for children.

The resident treating Zach in the ER told us that surgery wasn’t needed – he could set the broken bone in the ER. I insisted that the resident call the attending, even though the resident insisted he was correct.

After some heated debate, the attending doctor, who had much more experience than the resident, came in from home. The senior doctor immediately agreed that Zach needed surgery. Zach made a full recovery but could have suffered from ongoing problems if we had not followed our instincts and insisted on a more experienced doctor. My sister has a scarier story of a missed diagnosis that almost lead to a life-threatening treatment delay. She had severe pain in her abdomen that would not ease. Her doctor suspected a kidney stone and ordered testing and a visit with a kidney specialist.

The schedule for the specialist was full, so the office manager offered my sister an appointment in a week. My sister, who felt something was seriously wrong due to the severity of the pain, insisted on an appointment for the next day.

Further testing revealed a twisted colon, a life-threatening condition that causes death in almost all patients who are not treated, and in up to 37% of patients who have surgery. My sister saved her own life by trusting her instincts which led her to insist on immediate medical care.

My mother permanently lost the use of her arm because a doctor made a diagnostic mistake.

A story involving my mother did not have a happy ending. When she was 4 years old, with her arm in a cast from a previous break, she slipped and fell. Complaining of pain, my grandmother took her to the doctor.

The doctor insisted that the cast protected her arm so it was safe from harm. My grandmother stated that her daughter was in a lot of pain and something must be wrong. The doctor refused to act, so the old cast remained in place.

When the doctor finally removed the original cast weeks later he realized that my mother had indeed broken her elbow on the 2nd fall. Scar tissue formed which left her arm permanently bent at 90 degrees. When she was 16, surgeons took a bone from her thigh and recreated an elbow of sorts, leaving her with partial use of her arm and a lifelong disability.

Don’t let doctors tell you it’s “all in your head”.

Yes, mental health issues can cause physical symptoms that mirror illnesses. However, don’t let a doctor ignore you if you suspect that you have a serious, physical condition.

When doctors couldn’t figure out why I was dizzy, they blamed my emotions.

In my case, I was in my late 20s when I developed severe dizziness. I was unable to walk without grabbing a wall and spent 3 agonizing months in bed while doctor after doctor performed tests that did not show any physical issues.

More than one doctor suggested my dizziness was due to depression. Of course, I felt depressed after 3 months in bed with no end in sight, but I didn’t feel depressed when this started! Finally, a beloved family doctor took over my case, suspected an allergic reaction to our cats, and prescribed anti-allergy medications. I was better in a week!

My mother almost died after several doctors missed a serious condition and suggested it was “in her head”. My mother has her own similar story. When in her 30s, she developed abdominal pain, sometimes severe, that came and went. Doctor after doctor could not diagnose her problem.

Her primary doctor told her that it was “in her head”. She developed severe pain that immobilized her. Fortunately, the same beloved family doctor who helped me came to her rescue. The doctor felt what he assumed was a growth.

Rushed to the hospital by ambulance, surgeons removed a “swinging” cyst wrapped around one of her Fallopian tubes. Surgeons found peritonitis, an inflammation of the membrane that lines the inner abdominal wall and covers the organs within the abdomen, which left untreated, can lead to a severe, potentially life-threatening infection.

If she listened to her doctors and sought mental health care instead of physical care, she may have died.

You’re right if you think women get less respect from the medical world than men.

There is evidence that women and men are not treated equally. Doctors are more likely to ignore women’s pain and symptoms, which can lead to dangerous delays in diagnosis and treatment, and even lead to unnecessary deaths. Read my blog post on the topic of gender inequality in healthcare.

Women – you may need to speak up even more insistently than men!

Reduce your risk of a misdiagnosis!

These stories are a tiny sampling from the countless cases happening every day, illustrating the importance of speaking up if something doesn’t seem right. Surprisingly, our small family has experienced many instances of diagnostic issues. If it can happen to us at this scary rate, it can happen to you too!

The numbers are eye opening:

Consider these suggestions to reduce your risk of a misdiagnosis and/or delayed treatment:

For more information, read 10 Steps to Reduce Your Risk of Diagnostic Error.

Being an engaged member of your medical team can help you get the best care and outcome possible. Read these blog posts for more information: