Can the gender of your doctor impact your health? Maybe! It turns out that doctor and patient gender can impact the doctor-patient interaction and patient outcomes. In some studies, researchers found that patients of female doctors have better outcomes. And, in general, patients report greater satisfaction with female doctors than male doctors. Should you use a female doctor? What are the differences between male and female doctors?

When deciding if you should use a female or male doctor, it’s important to understand some key differences between how male and female doctors practice medicine. 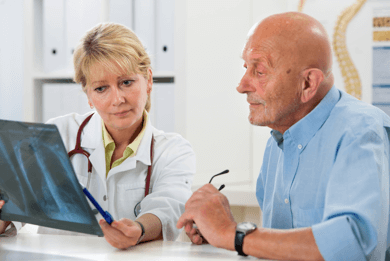 In addition, as compared to male doctors, studies found that female doctors may: Importantly, these traits help female doctors develop “humanistic relationships” with their patients. This humanistic approach may encourage patients to share medical information, and foster stronger relationships among health team members, both of which can improve patient care.

Do you need to use a female doctor to get top-notch primary care? Certainly, you can receive excellent primary care services from both male and female doctors. But you should know that, in general, there are differences in how each gender practices. For instance, one study examined the impact of both the patient and doctor gender to identify any potential impact on primary care services. The study reviewed appointments of 40,000+ adult patients and 1,470 primary care doctors, held between 1985-1992.

The researchers found that as compared to male doctors, female doctors:

Interestingly, the appointment length was longer when the gender of the doctor matched the gender of the patient. Other than these factors, the researchers in this study found few other differences in care between male and female doctors.

Another study, published in 2009, found that female doctors were more likely to discuss general health prevention activities than male doctors, especially issues most would consider sensitive.

If you use a female doctor, you might have an increased chance of staying on track with your preventive care. For example, a 1993 study found that women with female doctors were more likely to receive mammograms and Pap smears than those with male doctors. Interestingly, for both Pap smears and mammography, the differences in screening rates between female and male doctors were much greater in internal medicine and family practice than in obstetrics and gynecology.

But does the difference in screening rates come from differences in the patients or the doctors? To answer that, a 1997 study evaluated female patients to determine their education, financial status, employment, and assertiveness towards doctors. The researchers found women who see male doctors had very similar characteristics to those who see female doctors. However, importantly, the analysis showed that patients of male doctors had a 2-fold reduction in mammogram screening, as compared to those with female doctors.

Of course, no matter the gender of your doctor, you should make yourself aware of what screenings you may need. Then discuss your screening schedule with your doctors.

Any difference between male and female surgeons?

Should you care about the gender of your surgeon? Maybe, particularly if you are female.

Interestingly, recent research found that when a patient of one gender undergoes surgery by a doctor of the opposite sex, there is a slight, but significant, increase in adverse health outcomes (death, readmission, or complication within 30-day following surgery). Importantly, this difference is mostly driven by worse outcomes among female patients treated by male surgeons.

A few more differences between male and female doctors.

Several other studies found gender based differences in care received:

Do female doctors have better outcomes? It appears that patients of female doctors might do slightly better than those with male doctors. But the evidence is not overwhelming.

In one study, researchers examined the 30-day mortality and readmission rates for 1.5+ million elderly patients hospitalized between 2011-2014.

However, another study, published in 2021, showed the difference in outcomes might not be significant. Researchers evaluated records of over 171,000 hospitalized patients and found that patients treated by female doctors had lower in-hospital mortality rates, after adjusting or hospital and patient characteristics. However, the difference was not statistically significant after they adjusted for doctor characteristics, such as years of experience and training.

A study published in 2010 evaluated process-based quality of care measures for over 10,000 doctors in Massachusetts, using data from over 1.1 million adult patients seen between 2004-2005. The researchers found that 3 characteristics – being female, board certified, and graduation from a US medical school – were each associated with significantly higher performance.

However, the study’s authors point out that the difference in overall performance between the average doctor with these 3 characteristics (female, board-certified, US trained), and a doctor with the worse combination (male, noncertified, foreign trained) is only 5.9%.

Lastly, a study, published in 2018, evaluated over 580,000 heart attack patients admitted to Florida hospitals between 1991-2010. Researchers found that mortality rates for both male and female patients were lower when the treating doctor was female. Alarmingly for women, female patients treated by male doctors had the highest mortality rates.

Should you use a female doctor?

In my opinion, having the technical skills and experience is only part of the puzzle. To provide excellent care, your doctors should listen to you intently, answer questions in a way you can understand, and demonstrate concern.

Personally, almost all of my doctors are women. As a whole, I find my female doctors listen to my concerns, answer my questions, and don’t rush me out of appointments. That being said, I’ve had great male doctors as well.

If you are considering changing doctors for any reason, read my series: When Is It Time To Change Doctors? Part 1, Part 2 and Part 3.

Additionally, no matter the gender of your doctors, you must engage in the process to help yourself get the best care possible. Read these blog posts for more information: