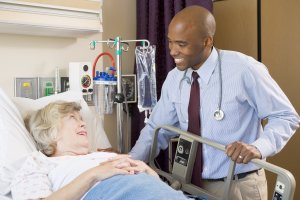 Treating others the way you would like to be treated is an age-old adage that is as important as ever. Of course, this applies to how you treat your doctors and other medical providers, even if you feel sick, worried and/or exhausted.

Certainly, you will have better relationships with your healthcare providers if you treat them with respect. After all, medical providers are people too and no one likes it when others treat them rudely.

Yet many patients hold biased opinions about providers based on certain characteristics, either consciously or unconsciously. Unfortunately, bias treatment towards medical providers occurs more frequently than you might think.

What happens when patients express bias against doctors and other healthcare providers? Never mind that it’s just plain wrong to treat someone poorly based on their personal characteristics.

In one study conducted at several California hospitals, patients biased against doctors had a large negative impact on doctors’ emotional health, including feelings of exhaustion, self-doubt, and cynicism. Many doctors reported the painful incidents made them angry, confused, and fearful. Moreover, and important for patient care, many found the incidents distracting, making it hard to concentrate on patient care.

Furthermore, some doctors avoid patients who have expressed bias, avoid clinics where bias is common, or take other steps to reduce their exposure to biased incidents.  However, in contrast, some doctors reported the biased treatment increased their determination to provide quality care.

Additionally, those who witnessed patient bias expressed moral distress and uncertainty about how to respond.

What types of bias do patients express?

According to a 2017 WebMD/Medscape survey, doctors report hearing offensive comments about the following characteristics, in order of descending frequency:

Similarly, the report also states that patients made rude comments about:

How often do patients express bias against doctors and other healthcare professionals?

The 2017 survey by WebMD/Medscape, in collaboration with STAT, showed that patients frequently make biased, rude comments about their doctor’s personal characteristics. The survey found these discriminatory comments were widespread across all groups.

However, results showed that African-American and Asian-American doctors were more likely to hear these comments than white doctors. Additionally, female doctors were victims more often than males.

The survey results show mistreatment of doctors and other healthcare professionals:

Additionally, a 2020 study reported results of a survey given to internal medicine residents. Almost all of the respondents reported biased patient behaviors ranging from belittling comments to patients refusing care.

Sadly, but not surprisingly, over 40% of Latinx and Black residents experienced the more extreme forms of patient bias at least once in the last year —racial epithets, bias-based refusals of care and requests to change doctors. Additionally, 87% of female residents reported experiencing either verbal or nonverbal sexual harassment.

Avoid patient bias against doctors. Treat your doctors with respect.

Let’s face it, we all harbor unconscious bias. For instance, I’m wary of doctors who don’t look old enough to drive. Do you have any biased feelings towards a particular group of people? Do you always treat medical providers with respect?

Certainly, it is NEVER acceptable to judge or berate someone based on their physical appearance, gender, age, religion, nationality, sexual orientation, or other personal characteristic. Rather, you should treat medical professionals the same way you want others to treat you.

Simply put, it’s okay to politely question a doctor’s skill or experience, but it’s not okay to make rude comments about them personally.

That being said, there are many valid reasons for switching doctors, including leaving a doctor who doesn’t listen to you, treats you rudely, or provides inferior care. Or you may need to switch to a new doctor with more experience treating your particular medical condition.

For more information regarding when you should consider leaving your doctor, read my 3-part blog series: part 1, part 2 and part 3. 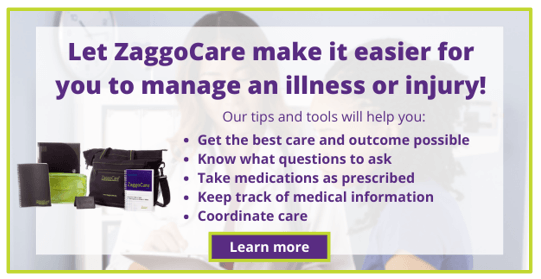